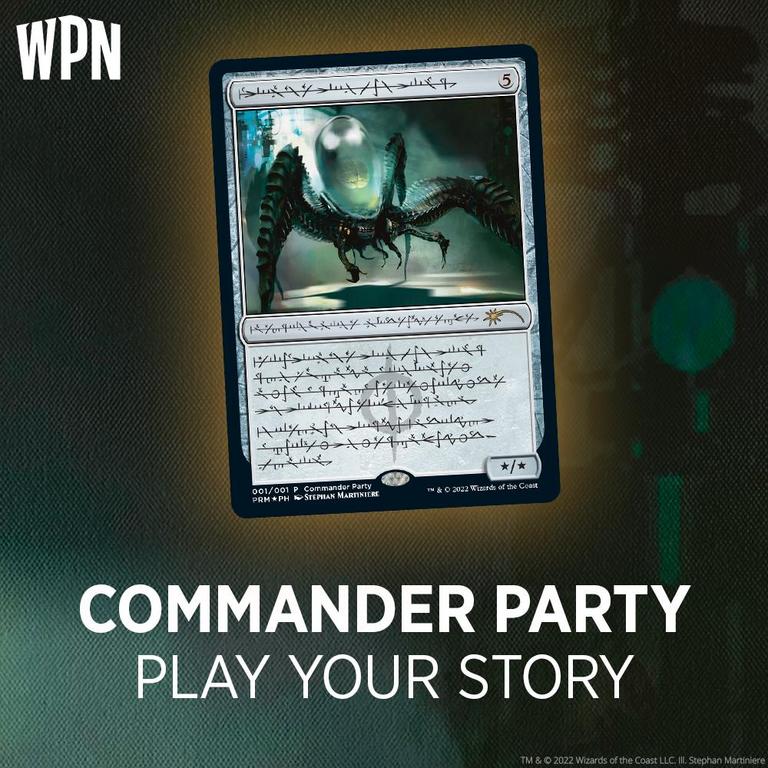 Join us at Fair Game for one of our Brothers’ War Commander Parties. These are Magic the Gathering events where players will contribute to a narrative that unfolds over the course of several meetups. Seats are limited, so please preregister for the event.

The next events in this series will occur after the release of Phyrexia: All Will Be One, the next standard release for Magic.

Players are asked to bring at least one legal Magic the Gathering Commander deck of casual power level and are invited to bring multiple decks of varying power levels if they would like. We will match you up with other players looking to play at a similar power level as you. Additionally, players are encouraged to bring a deck with a commander from the recent Brothers’ War set – or even a previous printing of a classic Dominaria character.

All participants will get a copy of an exclusive promo card.

At these events, players’ choices will reveal regions of a store-wide map of the plane of Dominaria. This map will be used for future Commander Parties as well, and throughout the next several months we will explore new areas of the map. Each revealed region expands upon our store’s story and has an in-game effect to potentially give you – or your opponents – an advantage in your games.